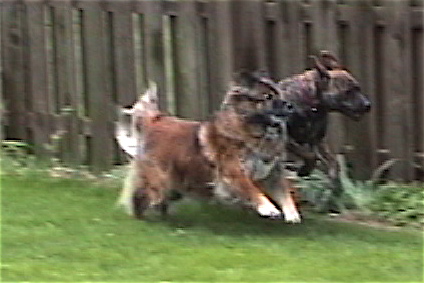 I have had, and have come across, many animals that have given me much pleasure and enjoyment during my life. Not all were captured on film or electronics. But the ones I did preserve, I would like to share with you and not in any chronological order. My favorite is the featured photo of Pudge our Shepherd-Chow mix and Annabelle, Greg`s Great Dane-Boxer mix, romping together in our back yard on Scatterfield Road.

My first dog was Mother`s Border Collie, Lyndo. He slept under my bassinet and kept watch over me. 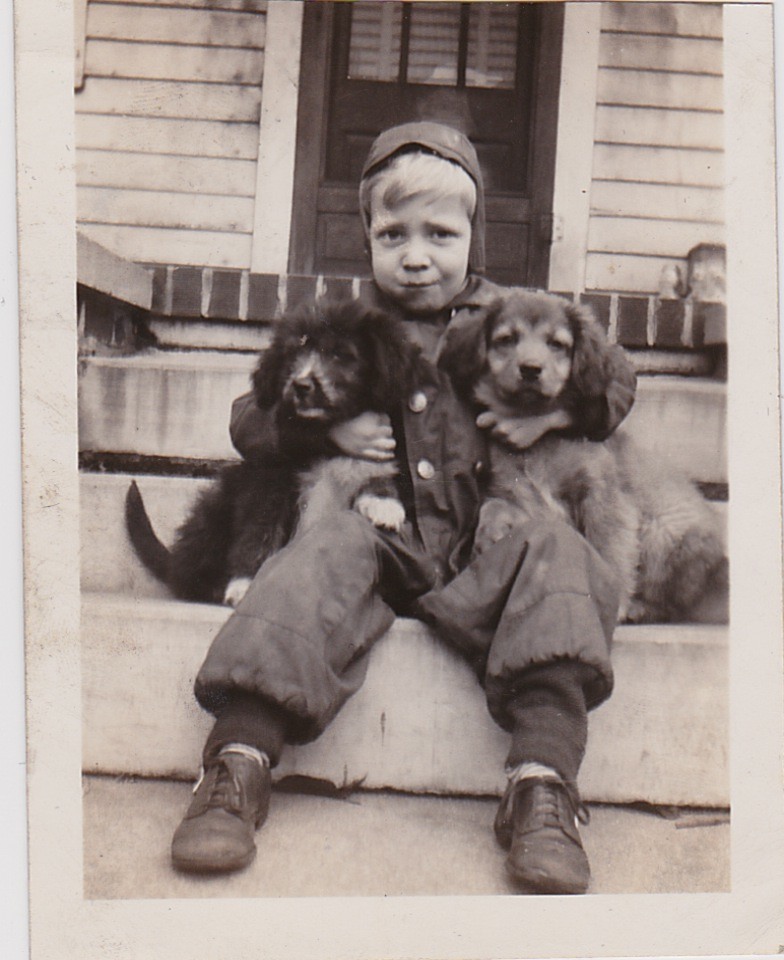 On our visit to Oklahoma relatives, I met these for the first time. 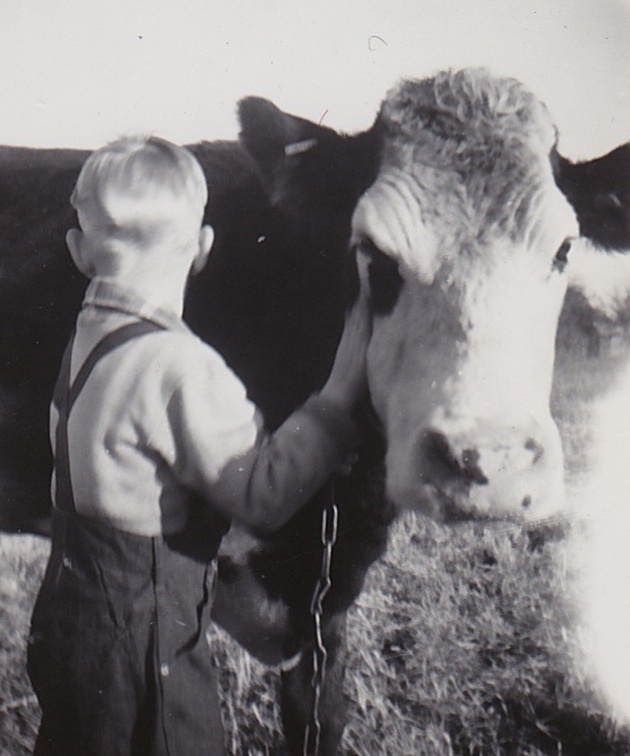 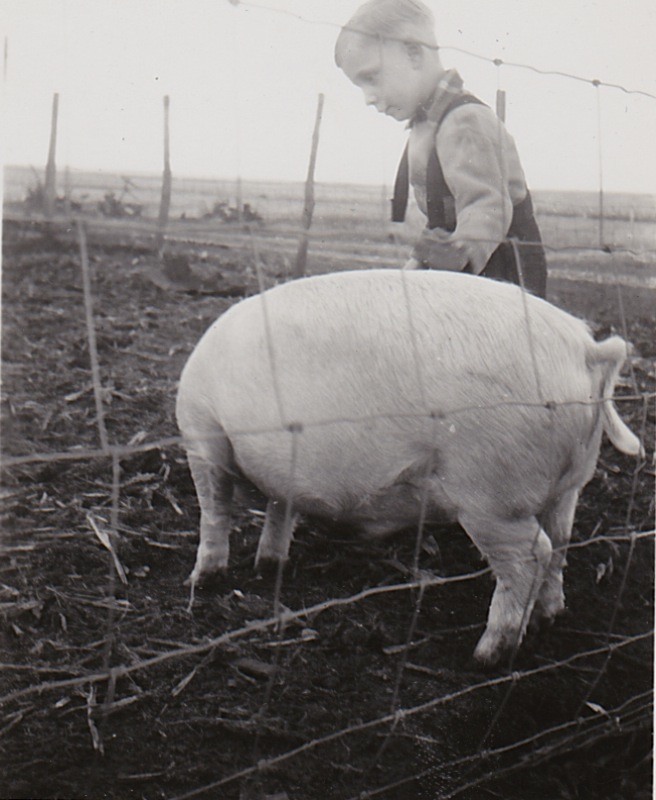 1947, Grandpa and Grandma got a Pomeranian and named her Dixie.

1951 Christmas, we added Cookie, a Toy Fox Terrier and Sparky, a Black and White Bulldog. 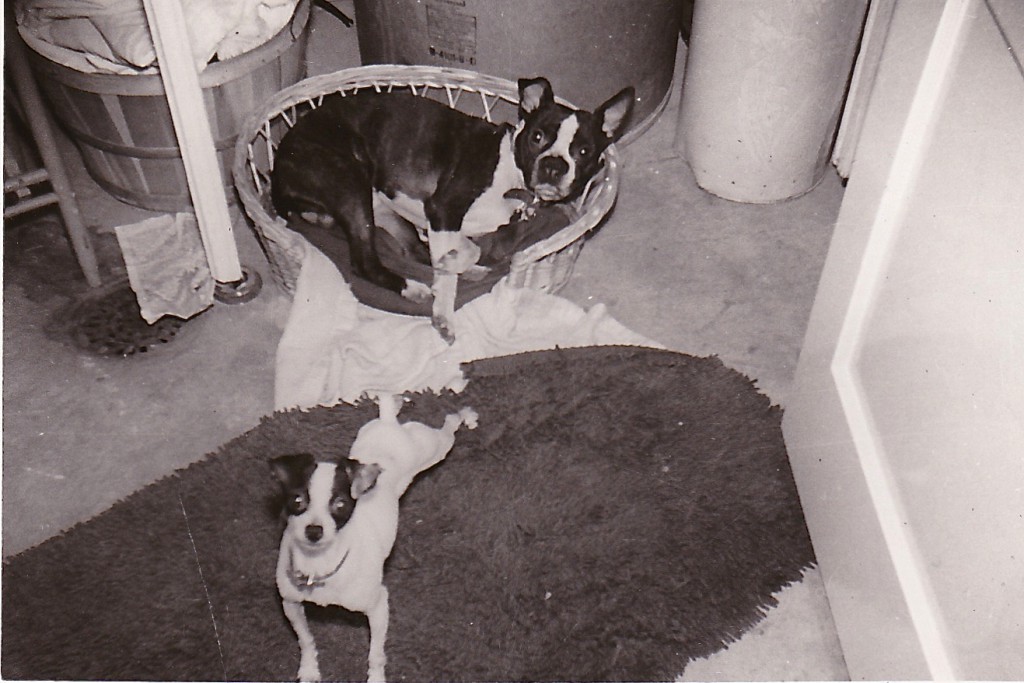 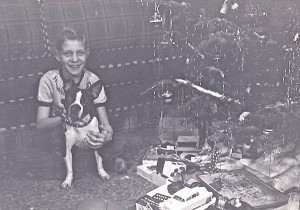 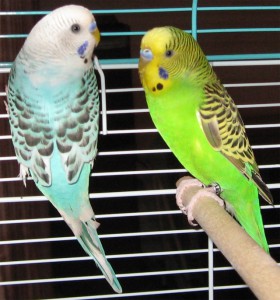 We had a singing canary and two parakeets. 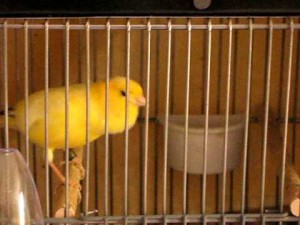 They traveled with us from the Tower Building to Chesterfield to Houston to Anderson to Indianapolis and to Pendleton.

At the future barn house, we inherited this collie and several other rescue dogs and a dozen wild cats.

Duke, the german shepherd that we kept, got along great with Cookie the toy fox terrier. 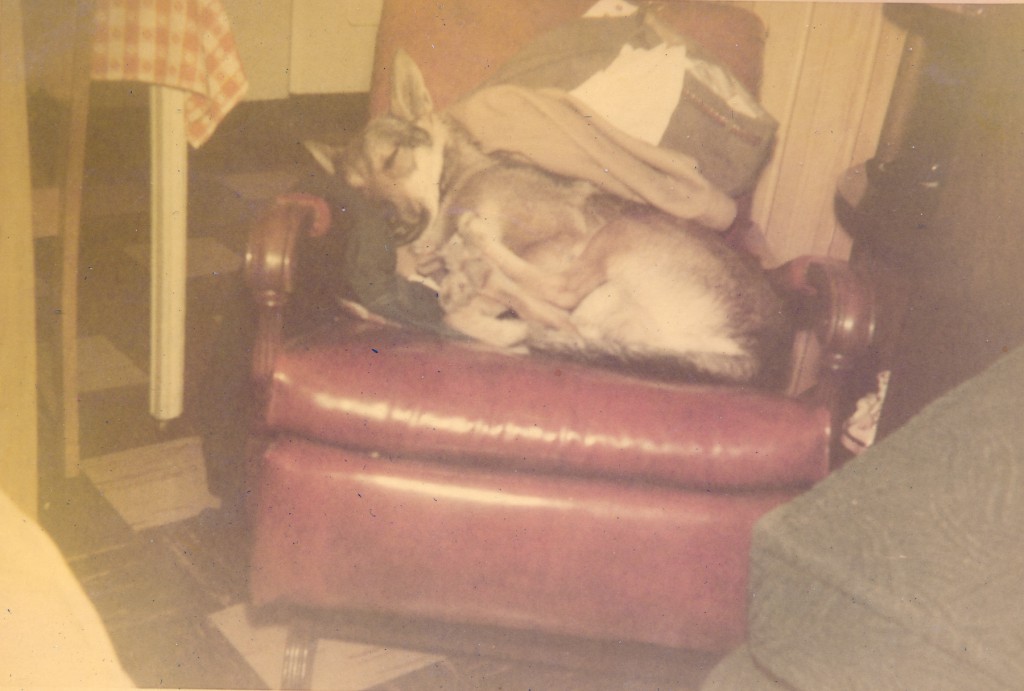 Fritzy the ram was a rescue that we adopted.

Betsie and her two kids joined us in 1953, as did Prince the Dalmatian.

Rusty joined the menagerie in 1955.

Several of the “wild” cats still hung around.

In 1956 I got Tippy, a Scottish Border Collie, for my birthday.

Mother enjoyed playing with him as he grew.

I was also raising rabbits and guinea pigs. 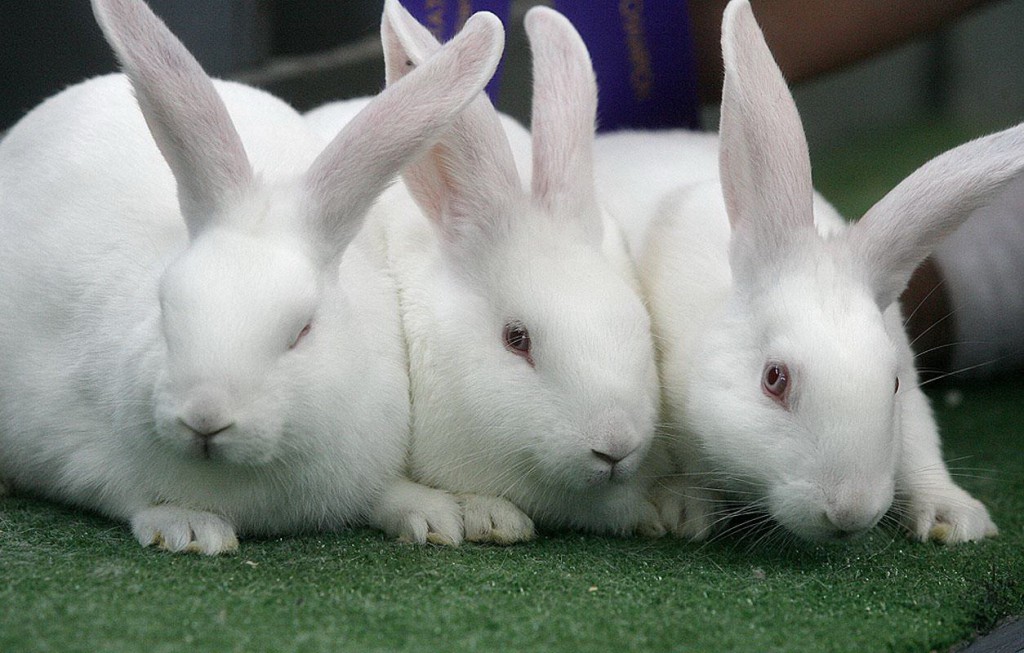 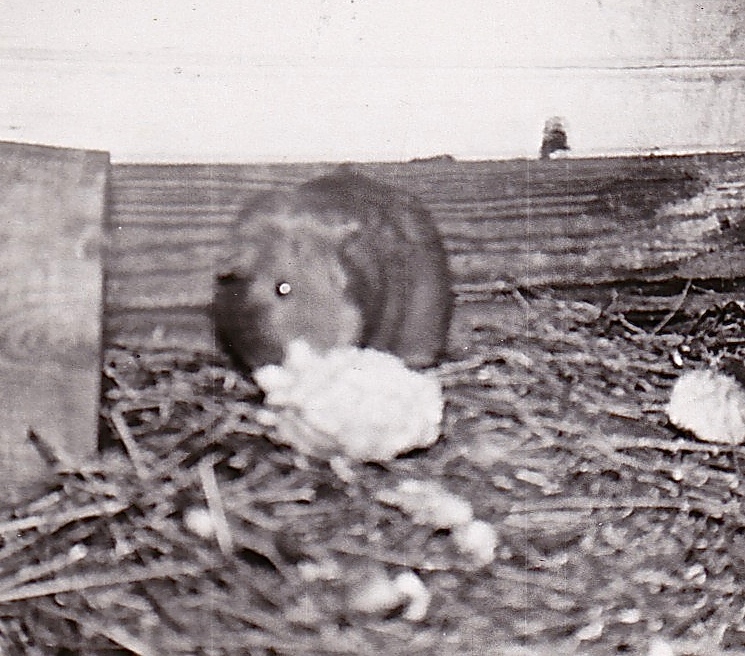 !960, PHS graduation, 1962, married Carole Laws and our first dog was a shepherd mix from the animal shelter. We were living on Lafayette Circle in Anderson.

In 1967, we moved to a larger rental, but dogs were not allowed. A friend at work, who lived on a farm, adopted him for us.

In 1968, we bought a house on Scatterfield Road in Anderson and soon had a Scottie dog we named Cappy.

Years later,1978, I bought a miniature poodle we named Brandy. He was hyperactive and chewed up the woodwork when left alone. Many hours were spent scouring the neighborhood for him when he would run away. Exit Brandy!

1979, Debs boyfriend had some kittens his family wanted to find homes for….we now had two kittens, a calico named Patches and a black mustachioed kitten who became Groucho.

1994, some time later, Deb and Carole wandered into a pet shop and spotted the new puppies for sale. They were half German Shepherd and Chow mix….a little handful of fur. They rushed home, got me and back to the pet shop we went.

Going thru the litter, we picked out the cutest, calmest and brightest eyed pup of the litter. Her obvious name would be Pudge.

As Pudge grew she developed a friendly rivalry with Groucho!

Pudge loved the water, whether a hose, sprinkler or her pool, which she jealously protected.

Our granddaughter Hanna, was born in 1996, and Pudge immediately took on the duties of Nanna Pudge!

Being half shepherd/chow, Pudge loved the snow, especially if the other two grandkids were out playing with her.

As Pudge grew older her best friend was Greg`s young dog Annabelle. They would romp and play for hours. Even with the age difference, Pudge would act like a young pup when they were together!

Pudge joined us in our move to Edgewood 1n 2006, and looked forward to the walks around the neighborhood meeting neighbors and their dogs.

Pudge was the best all-around dog I ever had and we decided we would have no more. I still enjoy visiting and dog  sitting our kid`s and granddaughter`s Husky, Pit Bull, Tamaskan (wolf-malamute-husky breed), Beagle, and two German Shepherds!