I am still going to classes two evenings a week. I get home in time to head for work on the third shift. My sleep schedule is usually to go to bed when I get home and get up when the kids get home from school about 3 PM.

School pictures for this year were brought home and again shared with family members.

With growing up in a family of picture takers, and always having a camera on him, I never did understand why Greg disliked having his portrait picture taken. No pictures with Santa and Debbie would go with him to convince him its ok to have his school picture taken. Go figure?!

We were still square dancing with some really fun people, and began to take what is called round dancing lessons.

Round dancing is a couples dance with specific steps and moves which are choreographed to a country song, and cued by the caller. The kids joined in on the lessons.

Springtime was also a time to get the camper and equipment put in order and ready to go.

Easter this year was rainy and cold, so indoor activities were planned for the day.

Greg had T-Ball tryouts this April in preparation for the teams draft. The program was new to the local Little League Organization and the league decided to try using only teenage coaches and managers. Our league was Franklin Little League and the baseball diamond and concession stand was behind the Franklin Grade School. The parents were expected to volunteer by umpiring, keeping score or working in the concession stand. Of course we jumped in with all four feet!

It turned out that our neighbors son drafted Greg and will be his coach this year. The emphasis on T-Ball was teaching the fundamental skills of baseball and not so much on winning or losing. So, lots of practice.

Spring was always a time when, as a kid, we would buy or make kites, and hope for the perfect windy spring day to lift them aloft. Debbie and Greg followed the tradition at the Barn House this spring.

Mother and Dad were still enjoying their menagerie and the relaxing fish pond. The pond started as a 55 gallon barrel with the ends cut out and buried in a soggy area. It filled with water and was used to irrigate the gardens. 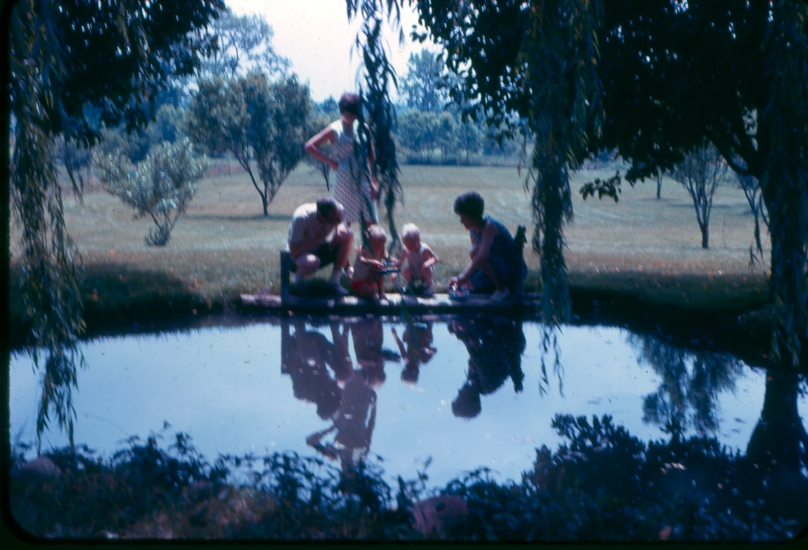 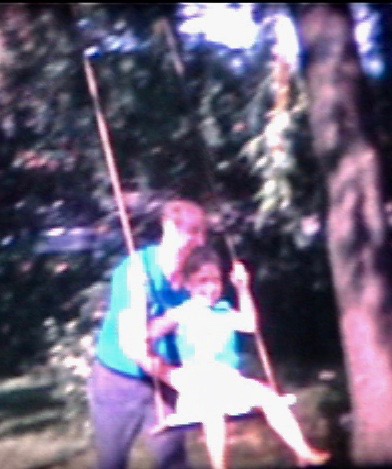 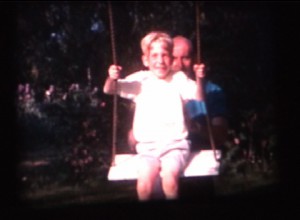 The kids loved the tall swing that hung from a high branch in the tree, and being pushed real high by Grandpa!

After all that excitement, a nice relaxing nap in the rope hammock was a time to cherish.

Even with T-Ball games always being played on Saturday mornings, we still found time to go camping. Many week-ends Greg and I would get up early and drive back to Anderson for his game and then go back to the campground for the remainder of the week-end.

On one particular outing at Richard Leiber State park, we didn’t have to leave for a game because a severe thunder storm with high winds was moving across central Indiana. We were in the pop-up-tent camper with our awning staked down outside the tent flap…it was the first to go! While trying to hold the tent flap closed, we were being pelted with rain mist that was being blown through the canvas top. After much swaying and bouncing, the storm finally passed, and we set about rounding up our awning and possibles from throughout our camp sight. Maybe we should think about a regular camper trailer!?

This Summer saw the beginning of the end of The Wolffs Den Barn House. Mother and Dad listed the property for sale! 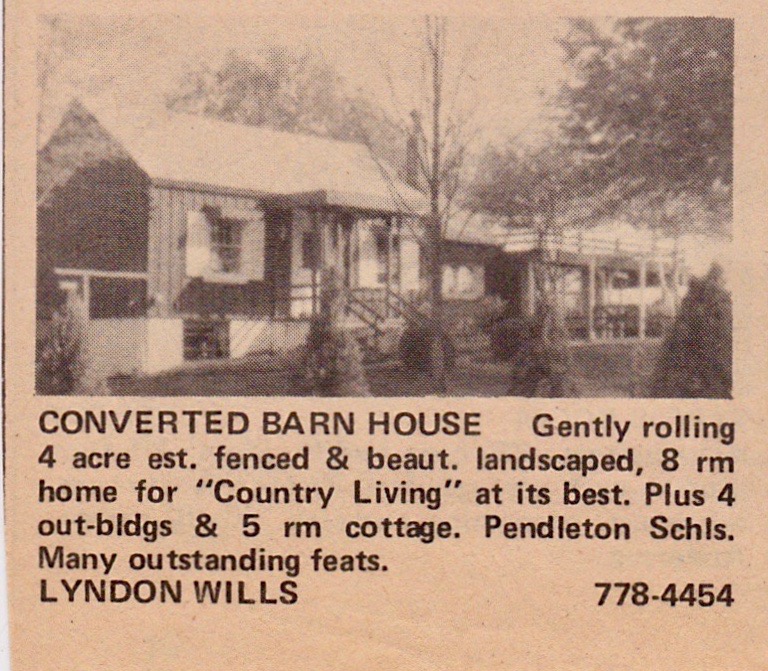 It wasn’t really a shock, because it had been discussed for quite some time. But, to actually see the listing…it left a lump in my throat.

This was the place where, after all of the moving and moving, I was finally provided with the secure roots that helped me develop into the person I am today. Those were fantastic years, and now Carole and I are starting to put down those same secure roots which will enable our family to grow and develop.

On a balmy autumn afternoon, Carole and I were alarmed to see a neighbor bringing Greg home. He had been bike riding, and some friends thought it would be fun to pelt him with water balloons as he rode by. But, in this case, they soon realized its all fun and games till someone gets hurt! 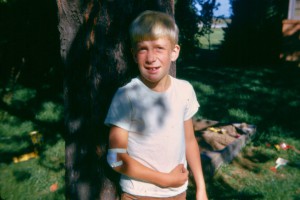 The water balloons bursting on Greg`s bike and his head, made him crash his bike on the pavement. He got a chipped tooth, scraped and cut elbow and forehead, but no broken bones! All`s well that ends well.

Debbie was invited to a Halloween party, and had a hard time deciding on which costume to wear.

One last morning photo before the school bus comes.

Having the last Christmas at the Barn House was a little nostalgic. But, we all were in great spirits and enjoyed the day. 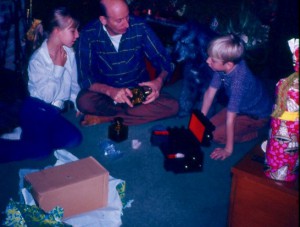 Dad always enjoyed Christmas with the kids, and  this year was no different!

The Laws` Christmas was busy as usual with the cousins.

Our Christmas at home was a little more relaxing after the whirlwind family gatherings. We had time to enjoy some games before our big day.

Carole made square dance dresses for her and Debbie, complete with Debbie`s first crinoline!

Our Christmas morning, and not to worry, he won’t shoot his eye out! It`s a toy rifle.

As the year comes to an end, we reflect back on our progressions, and we are quite comfortable with this place and time in our lives!

Mother and Dad, on the other hand, after 20 years at the Barn House, have agin been bitten by the rambling bug! Although I lived there only half that time, it was like growing up in Mayberry and living in the Happy Days TV series. It will be missed. 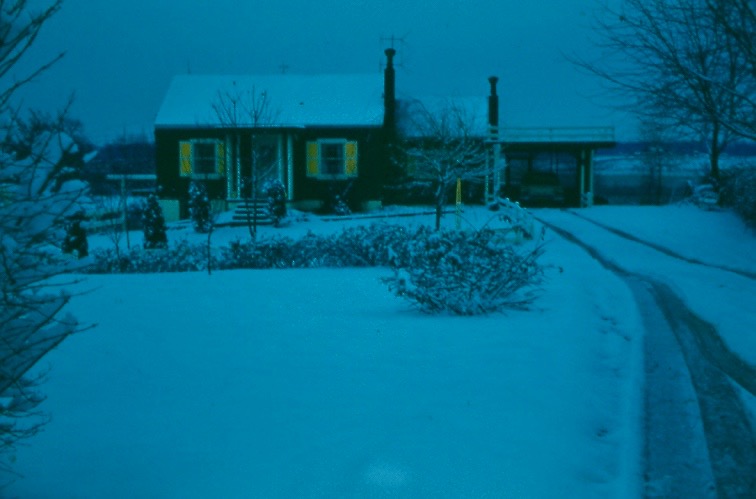