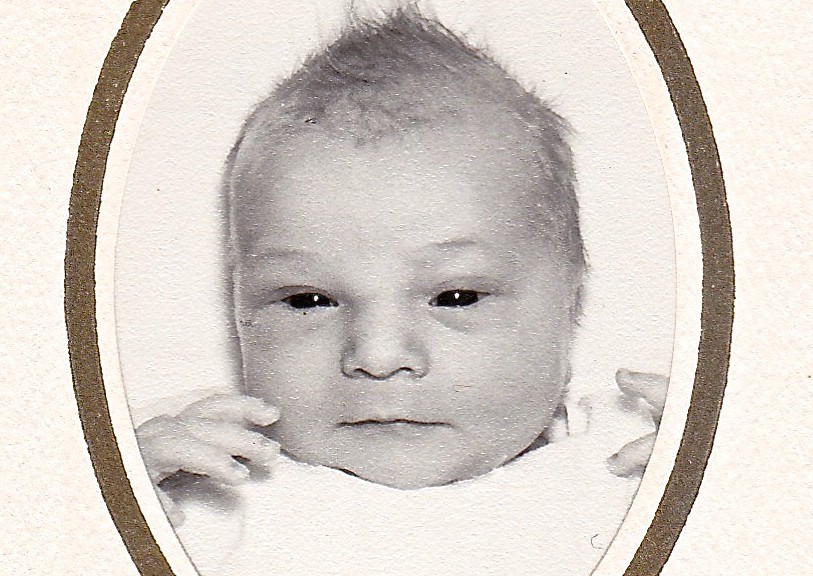 On a very hot August afternoon, Carole was more than ready to deliver our first child. After two false alarm trips to the hospital this month, we were both kind of in a matter-of -fact mood to get this done.

We didn`t know if it would be a boy or girl. We just wanted a happy, healthy baby! 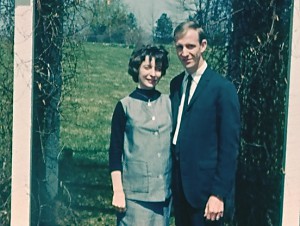 All of the tests and checkups were positive and we were ready. We stopped by Mother and Dad`s on our way to Community Hospital in Anderson as the first labor pains started….again.

After all the ‘well wishes’ and ‘good lucks’, we headed toward the hospital as the pains increased in frequency.

We ended up driving around town for awhile, waiting on the pains to get closer together and trying not to have another false alarm. As they grew closer together we decided to check in and wait for the results. And wait and wait….it was pretty obvious as to why my area was named the waiting room! In those days that is what the father did…just stay out of the way!

Carole stayed another day at the hospital, which was standard procedure then. We finally were able to head for home.

It was great to have  our family home, but we still had concerns about the health issues of heating a house with a kerosene heater. Mother and Dad had discussed the issue with us and they were helping us find a different place to rent.

Meanwhile, we had a constant flow of family and friends coming to see “Little Debbie”.

All this commotion just wore us out! Then it was back to work and apprentice school for me and mothering for Carole!

All was picture perfect as we got used to no longer having a regular routinte. Fixing formula, sterilizing bottles, washing and drying diapers and walking the floor with a child that had her days and nights mixed up! 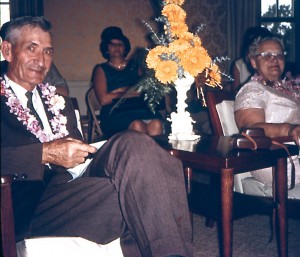 Mother had been planning a 50th wedding anniversary for Grandpa and Grandma Barrett for some time and now the date of September 18th, 1913, would be celebrated! The Park Place Church of God hosted a reception and Mother hosted another one on a later date at The Wolff`s Den for the family and friends that couldn`t attend the other.

At the Barn House pond, decorations were added for the 50th anniversary celebration. 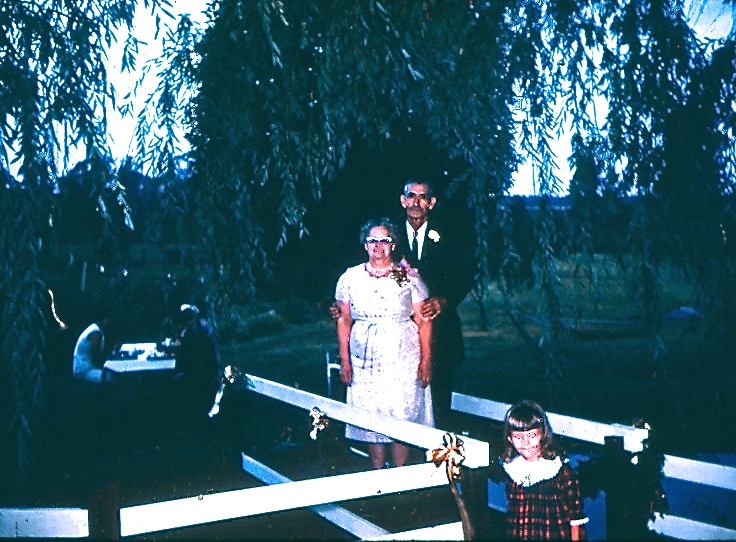 Mother and Dad found a two bedroom house in Pendleton which they decided to buy for a future retirement investment. We could rent it at a very reasonable rate which included some sweat equity  for our painting and landscaping work! The location was great! It was just down the street from Carole`s mother and just across the street was Falls Park with a playground.

We settled into the “spacious” two bedroom house and Grandma Wolff came over for a visit with Mother and Dad. Debbie seemed much more contented here in this house with its` central heating keeping us all comfortable.

Dad gave me his old Argus 35mm film camera when he bought his new Zeiss Icon single lens reflex camera. A new baby and camera equals way too many events that can not be ignored!

Our first Christmas together for the three of us was awesome! Just to be settled and comfortable was the best gift ever. Work and apprentice classes kept me busy and Carole worked non-stop getting the house furnished and decorated. 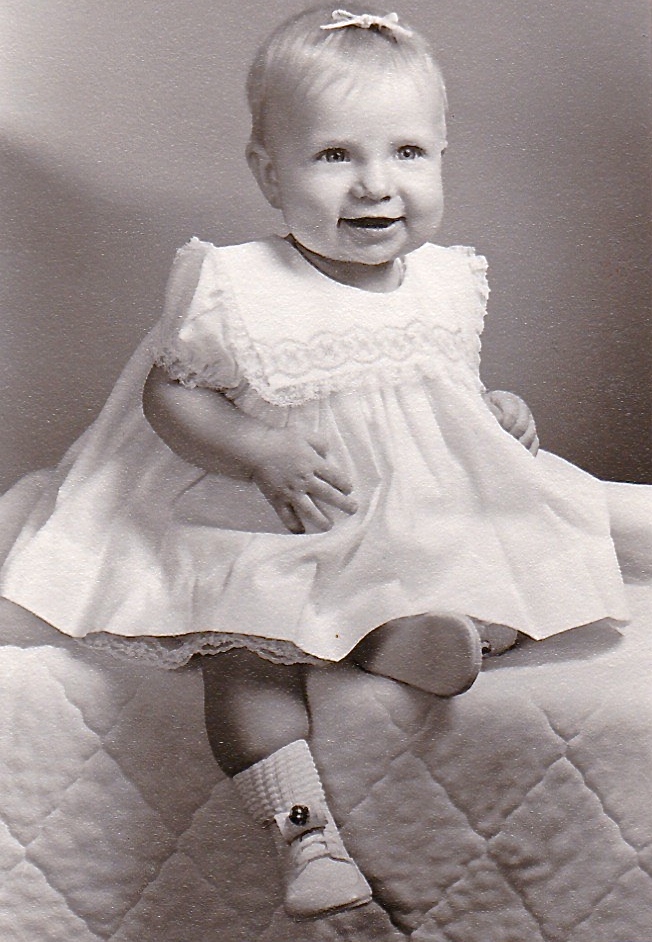 During the winter I had started acquiring components for a stereo music system. So, for Christmas I got a  Knight do-it-yourself kit for an AM-FM stereo resistor tuner. Carole helped me sort and identify parts that we soldered to the circuit board. We had parts scattered all over the formica top kitchen table we built with help from Dad`s Shop Smith. As we plugged it in and flipped the power switch and the frequency setting light came on we were so excited! But, when the Indianapolis Stereo FM station tuned in and played through the two speakers, it was awesome to behold. What a great Christmas it was.

Winter plodded along and finally gave way to some beautiful spring weather. The Grandparents and Great- Grandparents came over for a visit and Mother was able to catch us all together for a rare photo op!

Carole and I had been providing some of our sweat equity into painting the rooms over the winter and soon it would be time for the landscaping.

We had finished planting the pine trees along the front of the house and were starting on the fence. Lots of post holes to be dug

After a few weekends, the project was finished and Debbie was more free to roam. 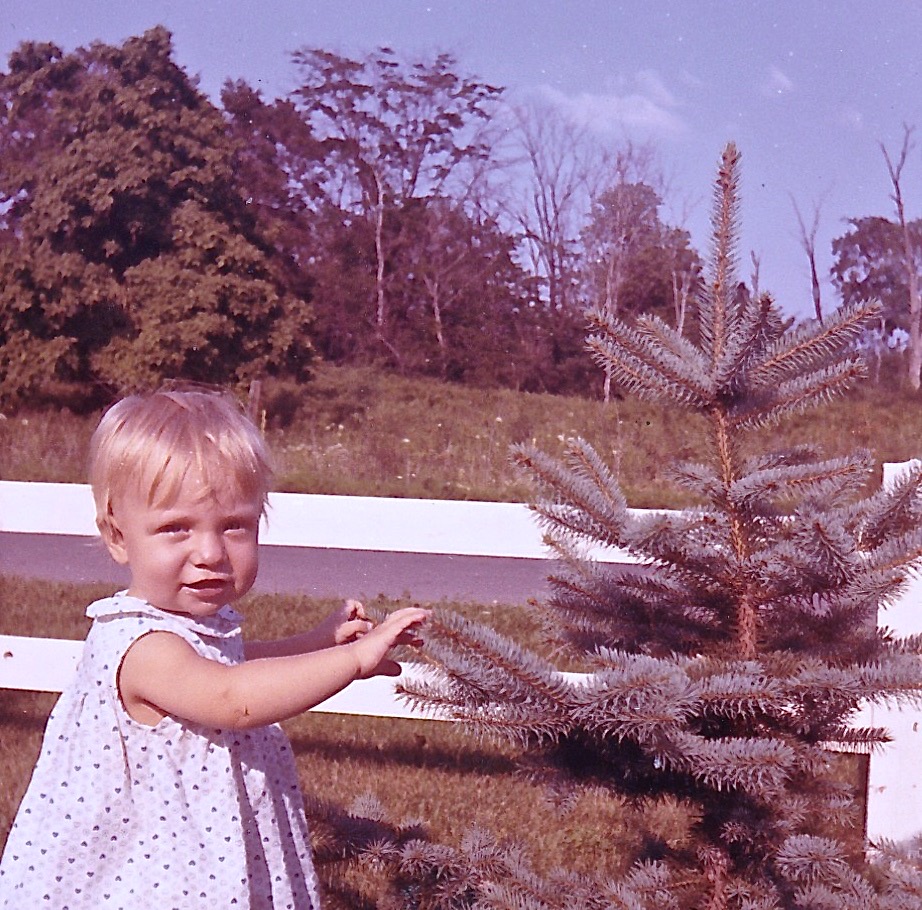 These trees, over the years, would grow to be over 30 feet high until being cut down in 2017.

In the fall of 1963, when the new model year cars would go on display, I had been reading about a new model Chevrolet Corvair which was being released this year. It was a sporty model named the Corvair Monza Spyder and it featured a four speed, floor mount shift  with a posi-traction differential. This would provide great traction combined with the rear engine design. The four cylinder engine was beefed up and a turbo charged induction system was added. It was rated at 150 horse power and when the turbo charger kicked in it had great acceleration. We had to go check it out!

Wow with wire wheels…it was awesome! Puckett Chevrolet, in Pendleton, only had one in stock and begged us to delay purchase so that they could display it a little longer. We agreed to a couple weeks and got a better deal on our 58` Chevy convertible trade. 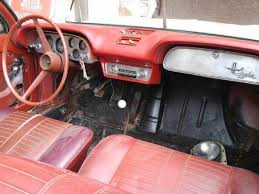 The bucket seats and instrument panel really gave it a sporty feel. The rear engine compartment even had room for a full sized spare tire! 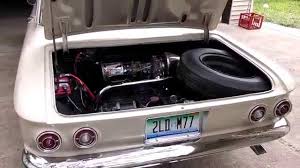 One early morning, we found Miss Mischief in the entry way with her newly discovered play thing.

A few weeks later, we found this doll advertised in a magazine and had a good laugh. Of course we had to have it and that was the beginning of a re-established doll collection. (Carole`s childhood doll collection was discarded by her mother during a clean out session after we were married. Nothing malicious, just thoughtless.) Little did I know that my comic book and baseball card collections would befall the same thoughtlessness!

Part of the Wolff clean out was a result of rearranging the house to make room for Mother`s new home business.

Let me back up a bit to 1959. Xerox introduced a new office copy machine that could produce copies on plain paper.

“The company had been founded in 1906 as the Haloid Company and is known today as the Xerox Corporation. In 1959, it introduced an office copier called the Haloid Xerox 914, a machine that, unlike its numerous competitors, made sharp, permanent copies on ordinary paper—a huge breakthrough. The process, which Haloid called xerography (based on Greek words meaning “dry” and “writing”), was so unusual and nonintuitive that physicists who visited the drafty warehouses where the first machines were built sometimes expressed doubt that it was even theoretically feasible.

Since Chester Carlson thought of xerography, no one has come up with a better way of making copies on plain paper. That is an almost inconceivable achievement, given the usual pace of hightechnology innovation, evolution and extinction. ”

Mother`s new printing business would be built around this new technology. 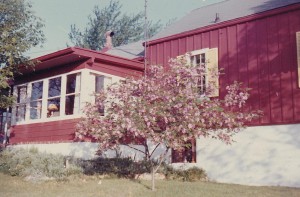 The sunroom on the back of the house would become the Wolff`s Printing and Copying Service office area. The second den, with the flat roof, would house the Xerox machine, typewriters, paper cutter, binding and packaging equipment.

August 23, 1964, a birthday party for Debbie and I am still unable to get a photo of her grandmother Esther. When she notices a camera come out she vanishes. 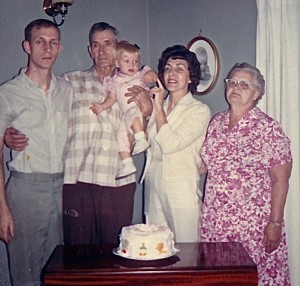 Grandpa and Grandma gave us their cherry drop leaf table as a house warming gift! 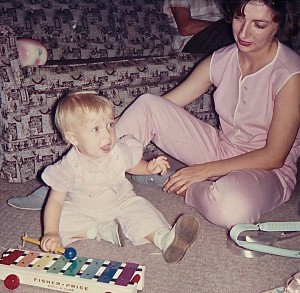 Let’s start this music awareness as early as possible!

Wow! I made beautiful music.

Debbies interests also included the flora and fauna that surrounded her while growing up. 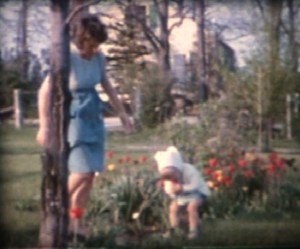 A riding tour of the early Spring vegetable garden from the comfort of the garden tractor trailer was a treat.

Easter, this year, was an exciting new experience to be enjoyed.

Another experience, which was not new, was also about to be enjoyed. Carole was pregnant again!

Just as with Debbie`s birth, we didn’t want to know the gender. We enjoyed the suspense. But some speculation was inevitable.

Another Summer roles around and not much going on but apprentice school, work and doctor appointments. We did find time for visits to the park and some tricycle lessons for Debbie.

As we headed in to Fall, I finally managed to click a sneak photo of Carole`s Mother, Esther Laws,  “Goggie”.

Now on to our next installment of The Wolff`s Den!