This was an early morning shot with the dew glistening on the utility lines, creating a sine wave pattern.

This was taken 2015, September, of the old Wolff Homestead on High Street in Park Place, Anderson, Indiana. The front retaining wall that Dad built while in high school, is gone and the driveway going back to the garage has been removed. Also, the enclosed porch bannister has been taken off.

The cloud cover cleared for a second! 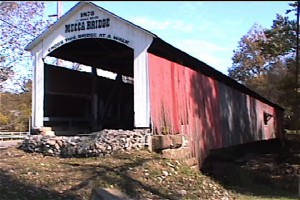 We took the covered bridge tour in Park County  days after the Covered Bridge Festival and the crowds! 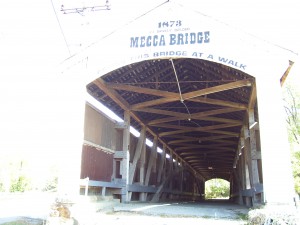 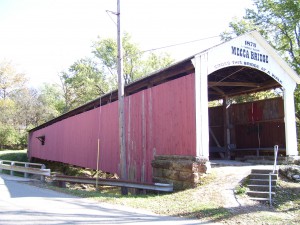 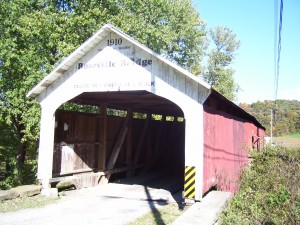 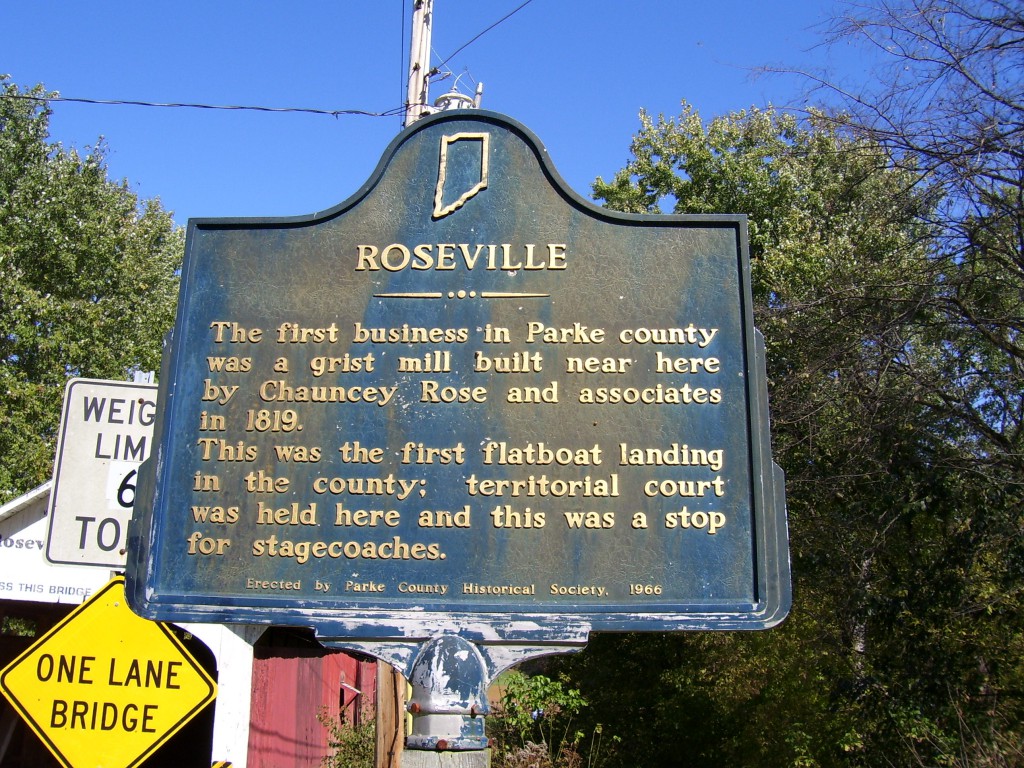 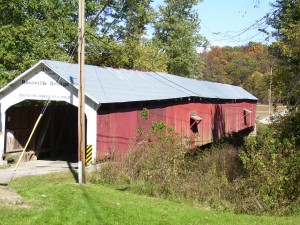 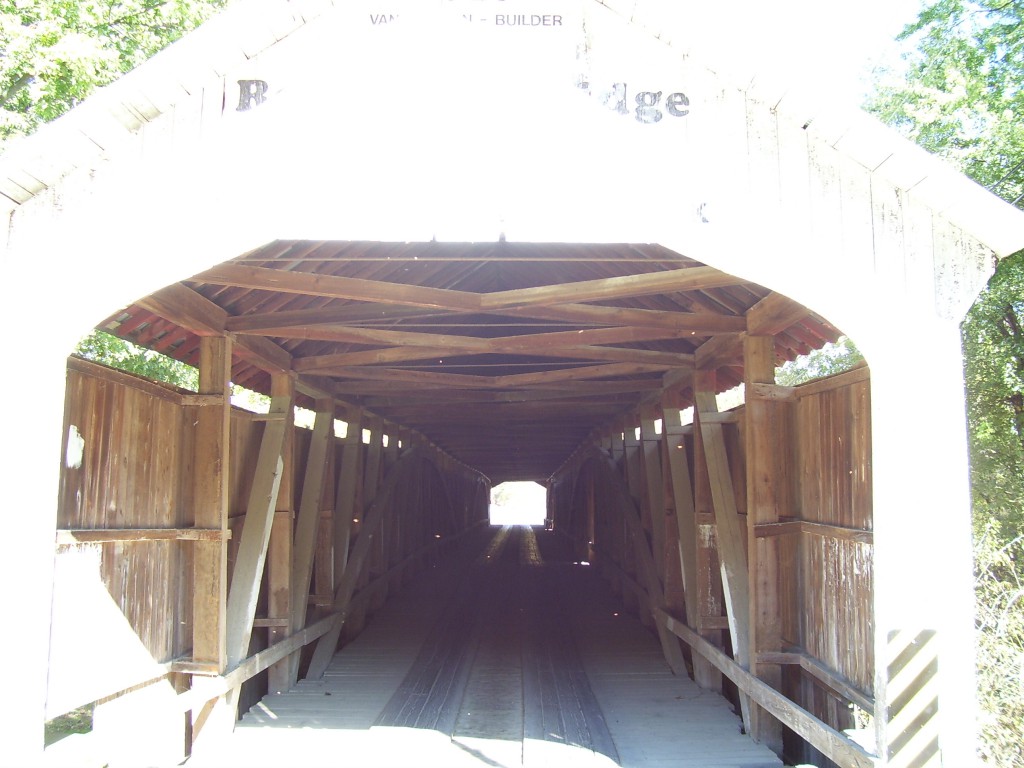 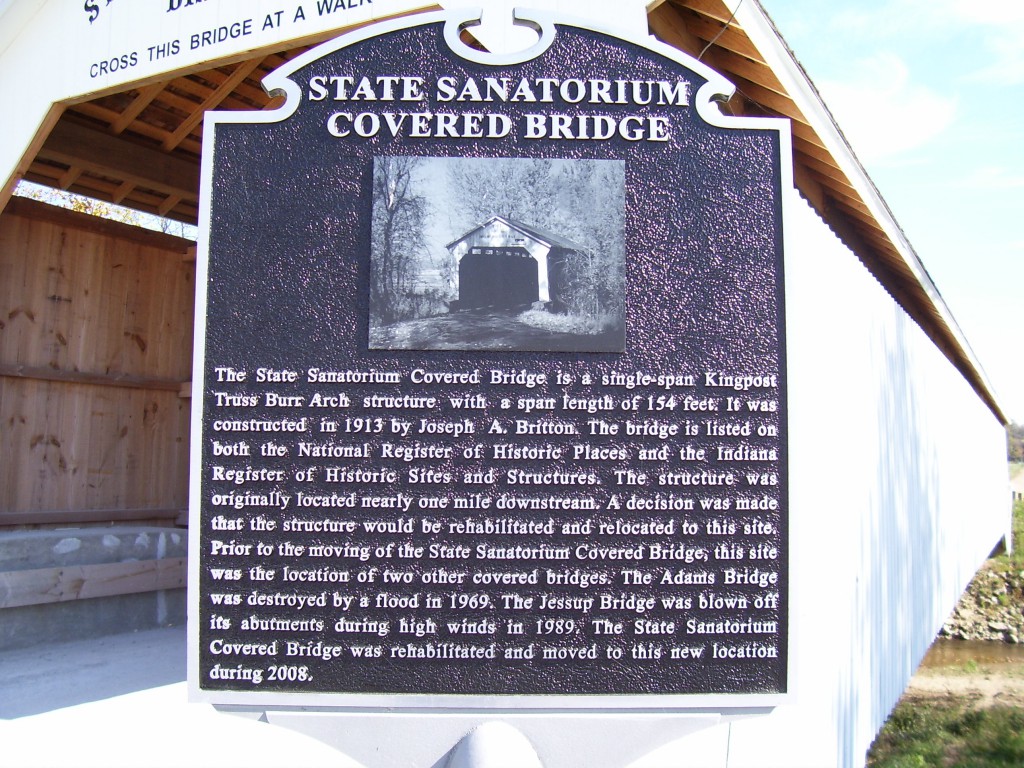 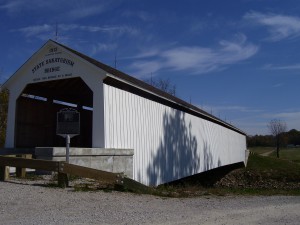 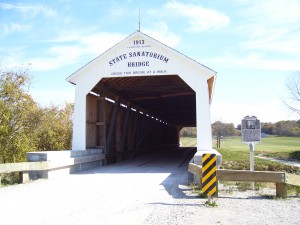 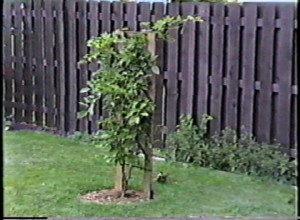 We planted a Chinese Wisteria vine at Scatterfield Road and trained it to be a tree. It only took seven years!